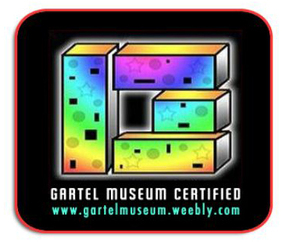 February, 2012:  We have crossed yet another Digital Divide. Not only is more and more digital media embraced by the art world, the artist him or herself can now appear live in digital format.  While the art itself is housed in the gallery, the artist can attend from anywhere in the world to interact with patrons and collectors.  After all, in today's celebrity society, in many ways, the artist is as important as the art, itself.  It adds a new dimension to the notion of invitational "guest artist".

Always the pioneer, Gartel was a participant in online face-to-face communication from its inception. In pre-Internet days, Gartel did long distance teaching with the TI-IN Network out of San Antonio, Texas in the late 1980s. He carried his heavy computer and monitor to discuss and demonstrate the latest and greatest innovations. Few comprehended what this would lead to in the future. TI-iN would plug into remote schools around the USA that otherwise didn't have access to such learning experiences.

In today's world, nearly everyone has the Skype or iPhone option on their computers, tablets and cellphone, but as usual, Gartel gives it a killer app.  After long employing it for distance teaching, he is currently participating in gallery shows in the world's major cities, such as New York and Rome, via telepresence. Screens are rapidly becoming permanent features in gallery showcases for a variety of displays and options for artists.

Such virtual appearances highlight the fact that our world has become a much smaller place with much larger opportunities. Gartel is able to view and interact with both staff and visitors in the gallery. He is available for the sort of casual conversation with gallery visitors that was formerly confined to physical presence. Not only can they view the installed works, they can interact with the artist in real time, expressing feelings and reactions, much like in a conventional vernissage. It is, indeed, a Virtual Vernissage.

The reception for such exchanges has been warm and lively. Without the rigors of travel, the artist arrives, ready for outreach, as fresh as the artworks. There is virtually no difference in the mileau or social setting in which the engaging action occurs. Other than the handshake, Gartel sees virtually no difference between his traditional gallery appearances and those via telepresence. Archival materials are at the ready in the studio. Patrons and fans enjoy the accessibility and insight the artist brings to the event and their ability to give feedback on their viewing experience.

Ever the visionary, Gartel foresees a time in the near future when such practices become de rigueur, but he once again leads rather than follows in this direction. With live streaming and telepresence, he pioneered international distance teaching, so the segue to virtual appearances is natural.

Telepresence refers to a set of technologies which allow a person to feel as if they are present, to give the appearance that they are present, or to have an effect at a place other than their true location. Because we have become accustomed to such transmissions as a society, there is no disconnect, no conceptual gap. Communication is seamless. Telepresence requires that the users' senses be provided with stimuli that  give the feeling of being in that other location.

Additionally, users may be given the ability to affect the remote location. In this case, the user's position, movements, actions, voice, etc. may be sensed, transmitted and duplicated in the remote location to bring about this effect. Information may travel in both directions between the user and the remote location. Students in any environment can view Gartel's screens from his studio, watch him work online in their educational or social setting and interact instantly.

“Education is very important,” says Gartel, “and thus the interaction between patrons, students and artist in real time is the ‘wave of the future.’  We can work even more closely as both parties have all their tools at their fingertips. Students can send files, and get critiqued immediately, both in front of their peers and independently.”

‘Telepresence’ is an open architecture, acknowledges Gartel. It blows the doors off the studio and opens it to the world. He can show and tell as if he were right here in any city or multiple locales. “This is a dynamic interactive moment in art history,” asserts Gartel. “After 35-years there are still new horizons and vistas to establish. We are doing so, right here, right now.”

Another emergent area of augmented reality is Big Screens. And Gartel again leads the way. Recently BBC installed big screens in plazas throughout Britain for the Olympics. Gartel already showed on all of them in 2011, as he had done earlier in Australia. The SCREEN is the most powerful form of presentation in today's media saturated world. The big screen, like the small screen of cellphones and tablets, enters and enhances our daily lives right in the marketplace. http://gartelmuseum.weebly.com/big-screens.html

Gartel suggests, the question today is, "how do big screens impact people's lives?" What is the message of "larger than life"?  While it works to project audiovisuals to people at a distance, the social experience makes the subject exactly that: "Larger than Life." The message becomes more important. Projection is almost a dictatorship of sorts. It is "commanding and demanding attention." Viewers are riveted to the sense of scale. The same can be said with architecture, painting, or any other large-scale designed object.

Size commands and captivates the viewer's attention. Images flash, and they impact. The same video can be projected on huge screens and have a much different effect, telling more of the story by increasing the detail. This is part of the impact of electronic images in unexpected places. It informs and alters the perception of society.

Big Screens in the United Kingdom are the latest technology for reaching the public. Dating back to 1540, the town crier would yell out, "Hear ye, Hear ye." Today the Big Screens do precisely that with visuals and better quality sound. Moreover, the distribution of imaging is endless. For now there are 21 screens in 21 cities. European cities are adding more all the time. Gartel predicts that obviously those numbers will grow exponentially, as the virtual merges with the actual.

And you are invited to watch. 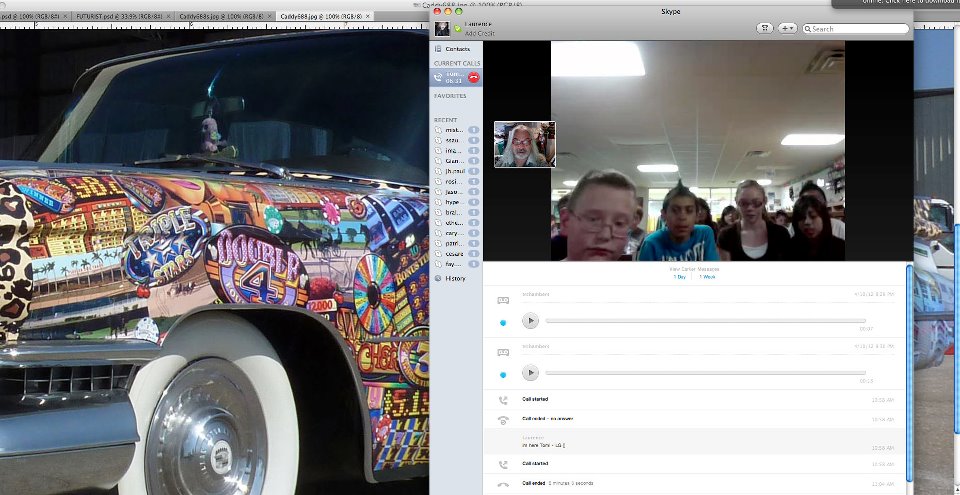 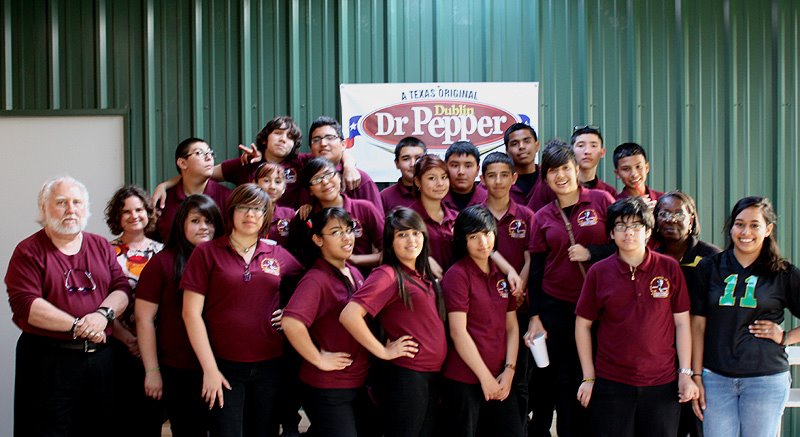 b. j. spoke gallery’s exhibit this coming month will compare and contrast artists’ interpretations of subject matter and styles. It is another community outreach as gallery members invite artists they respect and admire to show with them. Artist Kevin Larkin attended School of Visual Arts with digital pioneer Laurence Gartel, whose unique style brings a different edge to the exhibit with works formerly shown in the Guggenheim. 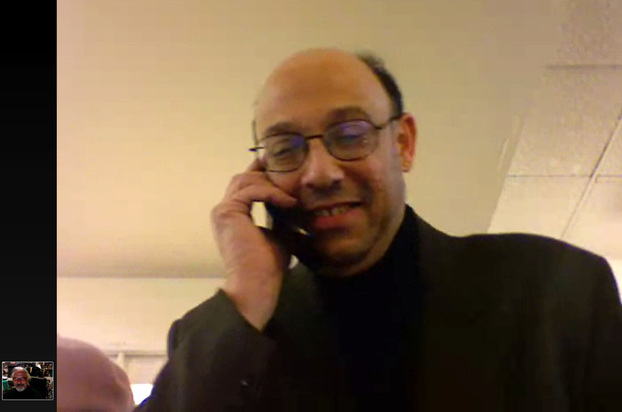 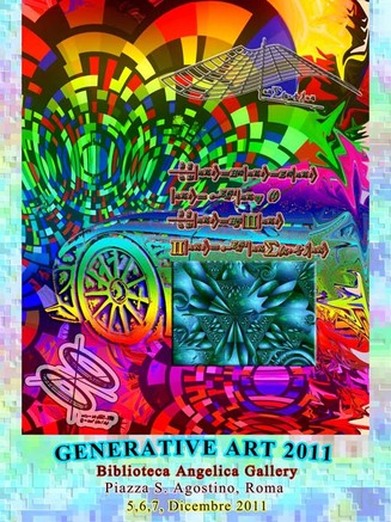 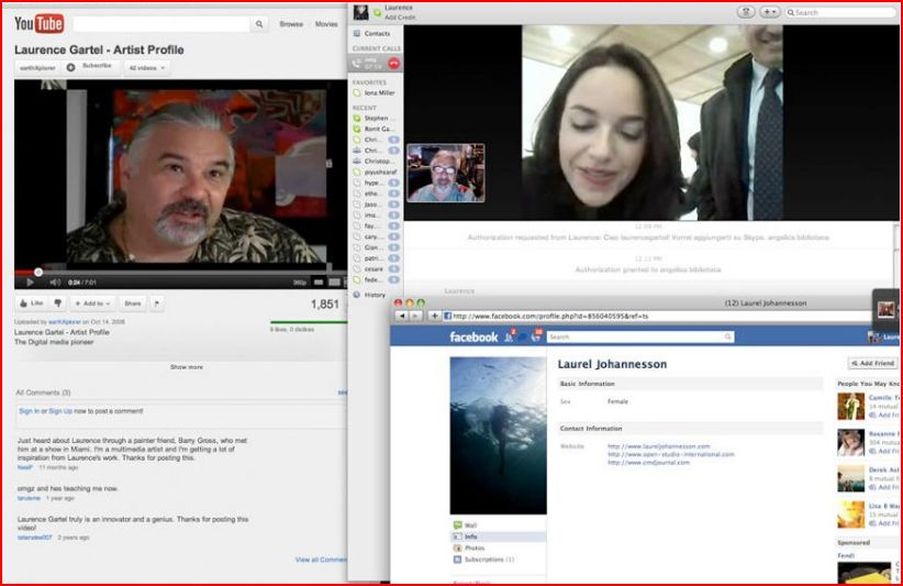